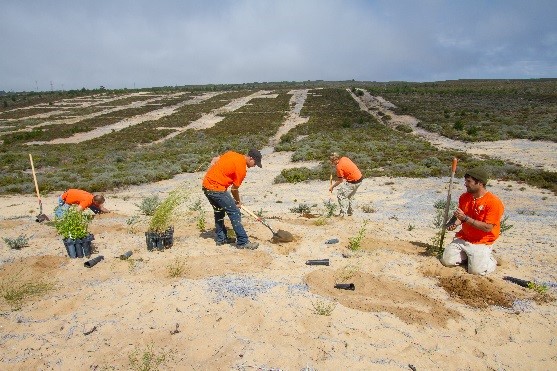 The USACE awarded Burleson a 5-year $9.9 M Single Award Task Order Contract (SATOC) in 2018 to restore and monitor maritime chaparral habitat at former Fort Ord. We are honored to be entrusted as stewards of the environment on lands designated as a national monument.

This new contract provides continuity for work we have successfully completed under two previous former Fort Ord Habitat Restoration IDIQ SATOCs for the USACE Southern Pacific Division (SPD) Sacramento District since 2009. Burleson’s biologists from our Carmel Valley office collect plant material near former firing range areas to propagate species at our local nursery to complete restoration. We also monitor and evaluate the potential for biological impacts associated with prescribed burns and unexploded ordnance removal at former Fort Ord. You will find our technical team, led by Thor Anderson, completing biological surveys, collecting plant material, and installing plants and erosion control materials throughout former Fort Ord. Since 2010, Burleson has restored more than 52 acres of habitat with about 34,000 installed plants and we also conduct biological surveys over the entire 28,000-acre former base.